We’ve also referenced detailed articles on each of the Worcester boilers problems listed, so you can get in-depth knowledge about each individual fault. 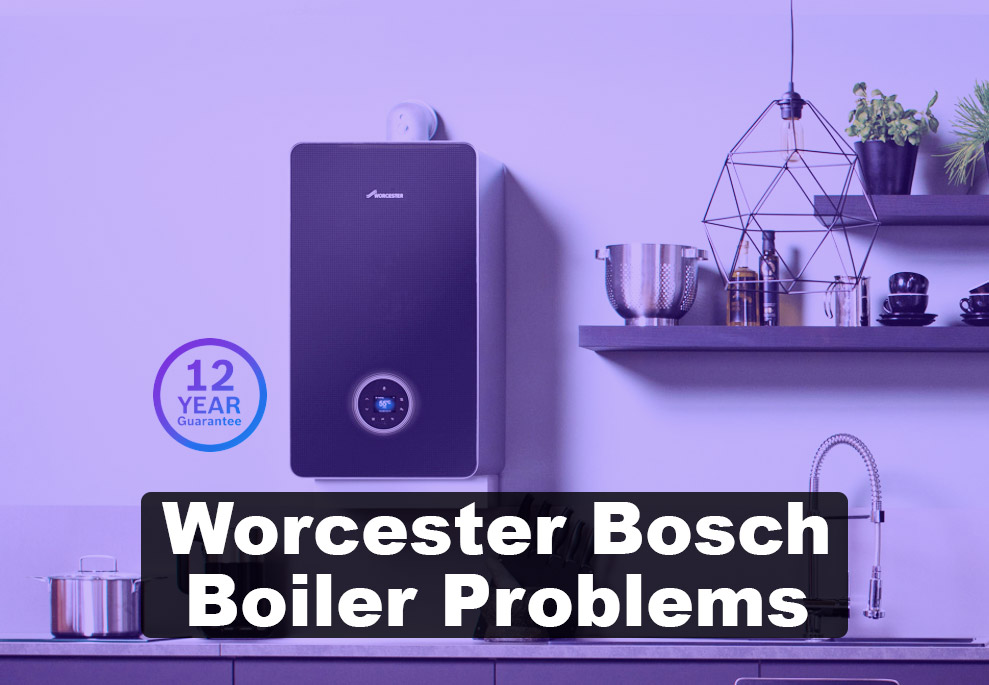 Fed up with your boiler? You can get multiple boiler repair quotes from local heating engineers here. Or, if you’re ready to ditch it for a new one, you can get a fixed price online from Heatable, from £1,795, with next day install.

What Happens When You Get a Worcester Boiler Fault?

With Worcester boilers, problems appear as fault codes on your control panel display.

Various Worcester boiler problems are indicated by alphanumeric fault codes, all which start with “EA” and conclude with a series of numbers.

You can find the cause of each fault by referring to your owner’s manual. For your convenience, however, we’ll list 10 of the most common Worcester boiler faults below. 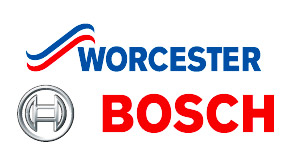 Condensing boilers, like all modern ones including those made by Worcester Bosch, have a condensate pipe. This pipe vents harmful gases from your property.

Unfortunately, a blocked condensate pipe is a very common Worcester boiler problem — particularly in winter, if the pipe is exposed to the elements. If you experience this problem, your Worcester boiler will display an EA229 fault code.

Check the condensate pipe for obstructions. If it’s ice, like we mentioned above, you can thaw the pipe out by pouring warm water over the frozen end. This should take care of the EA229 fault, and your Worcester boiler should go back to working normally.

Next, you want to stop this from happening again.

You’ll need to insulate the pipe using lagging. Normal lagging will do, but ArmaFlex lagging offers much better protection.

If you think your Worcester boiler is not heating water, there are a few scenarios that could be behind the problem.

Possibilities include a faulty diverter valve, a lack of power, a stuck Y/S-plan valve, faulty PCB unit, or even a problem with the central heating pump.

You can use our guide to diagnose a faulty diverter valve here; it’s typically the problem when the heating works but there’s no hot water in your taps.

If your boiler is out of warranty and needs a diverter valve replacing, it might be wise to invest that cash in a new boiler with a long warranty. The cheapest place to find a replacement Worcester boiler online currently is Heatable, where these boilers start at £1,649, including installation.

If the diverter valve doesn’t sound like the issue, you can read more about Worcester boiler no hot water problems in this article.

If your Worcester boiler is leaking, this can lead to low pressure, which will in turn cause the boiler to lock out.

Boiler leaks usually happen due to blown pump seals. This happens when the seals degrade over time, or experience excessive stress, such as a recent increase in flow rate on the pump.

The boiler recognises this and displays a fault code, likely A281 or EA338.

Note that not all leaks are serious, so an engineer isn’t always needed. Before you call a Worcester boiler engineer and spend £100s, it may be worth trying to fix the leak yourself. We’ve created a guide to skip through if your boiler is leaking; it should help you diagnose the fault and get it fixed.

(Note: Once you’ve fixed the leak, make sure your boiler is set to the correct pressure, which is 1.3 bar)

Remember, too, that a leak is directly connected to the boiler losing pressure…

As a rule, if your Worcester boiler faults relate to a loss of pressure, you have a leak. Sure, it might not be visible, but it’s there somewhere.

Mind you, we don’t necessarily mean a leak in the boiler itself. Any leak throughout your central heating will cause a boiler to lose pressure. This could be a pin-hole in a radiator, a loose connection on a rad valve, or even a weak soldering joint on the copper pipe.

The only exception to this is if your pressure sensor itself is faulty.

When a Worcester boiler gets below a certain pressure, it will lock out. To fix this, you’ll need to re-pressurise it using the external filling loop.

But note that repressurisation a temporary fix. To solve the problem with your Worcester, and clear any fault codes, you’ll need to find the leak and fix it before you top up the system.

Check out our guide to boilers losing pressure here.

Is your Worcester boiler not working due to a power loss?

Lack of power can be caused by a faulty PCB, or an RCD unit or a spur socket that’s tripped.

The PCB (Printed Circuit Board) is a key electrical component, which function as the boiler’s brain. Essentially, it allows all of the boiler’s electronics to communicate with each other. Since the PCB controls the boiler’s safety devices, it’s imperative that you get it looked at ASAP.

If your boiler’s RCD keeps tripping, it may point to some other latent issue with the boiler itself.

We’ve created a guide for homeowners with no power to their boiler here, to help diagnose and fix the problem.

If the fault relates to a PCB, you may want to consider replacing your boiler altogether. You can get a price for a new Worcester boiler on-screen using this online tool from Heatable.

However, if your boiler RCD keeps tripping, it’s best to ask for a Gas Safe engineer to inspect your boiler for hidden faults.

If your Worcester boiler faults relate to loud banging noises (aka boiler kettling), the 2 most common causes are:

You can learn more about noisy boilers in our guide here.

As you’ll see, an airlock in a pump on a Worcester Greenstar boiler isn’t difficult to remove.

However, if the problem with your Worcester relates to a heat exchanger, you might need to replace the latter. And, unfortunately, heat exchangers are not exactly cheap; you may be better off with getting a replacement boiler instead.

Are you getting the Worcester 227 fault as your boiler keeps locking out? There’s likely a critical fault that’s preventing your boiler from running safely.

All Worcester boilers are fitted with safeguards. When the boiler overheats, loses, or gains too much pressure, these safeguards cause it to lock out. This safety mechanism stops the boiler’s internal components from getting fried, and also prevents your boiler from working if it’s dangerous to do so.

If your Worcester 227 fault is manifesting as a constant or intermittent lockout, we’ve created a guide just for you. Jump over to our ultimate guide to boiler lockouts here.

If you’ve got a Worcester boiler that’s overheating, the problem could be caused by things like a faulty fan, pump, blocked PRV, or even condensate blockage. Either way, there’s something that doesn’t let your boiler function properly, and the situation is potentially hazardous.

If your EA fault code indicates an overheat, you can learn more from our quick guide on boilers overheating here. However, do keep in mind that with the exception of clearing out a blocked condensate pipe, these fixes will require a Gas Safe engineer’s expertise.

For older Worcester boilers, problems with ignition may stem from an issue with the pilot light. That’s because these older models aren’t equipped with electronic ignition, and thus rely on the pilot light to fire up.

If you find that the pilot light isn’t working properly — and neither is the boiler — it could be due to these root causes:

If a gas supply issue is causing your pilot light to go off (along with all of your other gas appliances), then the obvious step would be to ring up your gas supplier.

However, if your other gas appliances are functioning well, you should call a Gas Safe engineer to inspect your boiler and determine the underlying issue. They can replace a broken thermocouple and/or remove carbon deposits from the pilot light. In either scenario, this isn’t a DIY-type job.

If your boiler won’t ignite but the pilot light works just fine, read our thorough guide to common ignition problems and learn about other potential causes.

You most likely control your boiler via a thermostat, or a smartphone companion app. If your boiler rebels and stops obeying your commands, you’re looking at several possible causes:

If you’re boiler is off, simply switch it back on and go on about your day; monitor the appliance to make sure there’s no underlying cause that locks it out.

Check your thermostat’s batteries — if they’re flat, replace them; simple as that.

Here’s where it gets tricky. Wireless thermostats can have trouble communicating with the boiler’s relay if there’s a physical obstruction to the signal. Likewise, hard-wired thermostats can suffer from faults in the wiring. In either scenario, we’ll urge you to get a Gas Safe engineer to help you pinpoint and fix the problem.

For most Worcester boilers, problems should be few and far in between. If yours malfunctions, however, we hope that this guide has supplied enough information to get you started.

Are you still having problems with your Worcester Greenstar boiler and need a new one?

Get a fixed online replacement price from Heatable here.

And, if you want some help, we’re happy to offer that for free. Just contact us.