Here, we’ll discuss 5 problems that you’re most likely to encounter with these boilers, and ways to fix them. 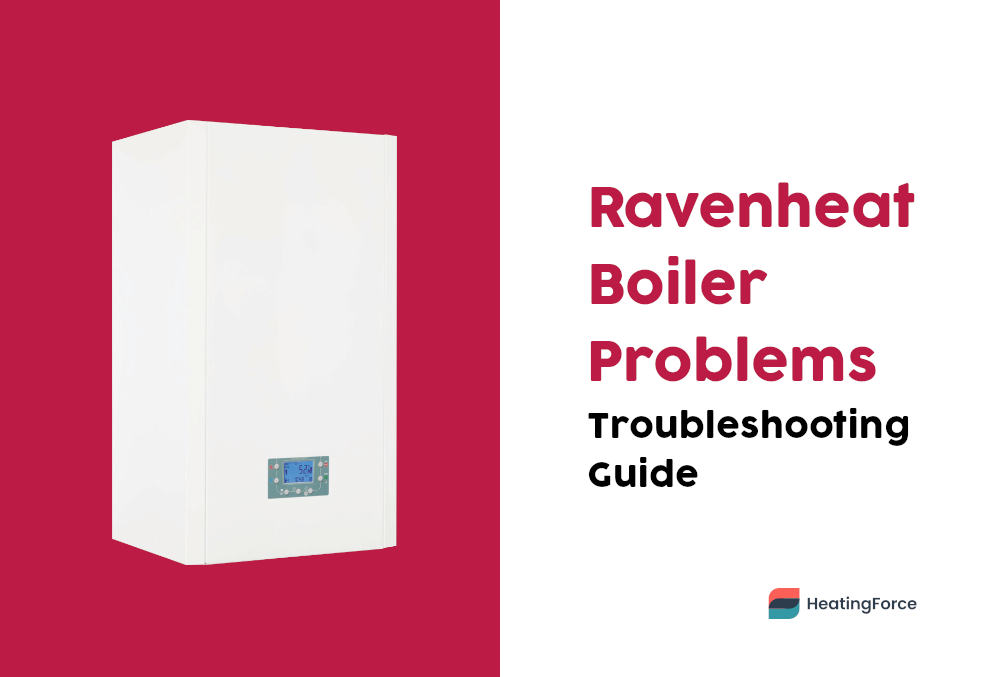 Before we start, though — if you need an urgent replacement, you can get a fixed price online from Heatable for a brand new boiler. Heatable are a popular boiler installer with great connections to top manufacturer and low overhead. As a result, customers like you can use Heatable’s online calculator to find some of the best boiler deals in the UK.

Although our fault finding guide covers all models from this boiler manufacturer, we’ve tried to focus on faults common with the CSI 85, RSF 84 and CSI 120 models. Below are some of the problems you may encounter with these Ravenheat boilers.

A common fault with the Ravenheat CSI and RSF is a low-pressure problem that leads to boiler lockouts.

There are two likely causes for the problem:

Depending on your boiler and the exact problem, it’s likely you’ll see fault codes such as the F73, F74, and 08.

Leak in the Heating System

First, check the pressure gauge on your boiler. Boilers work at around 1.5 bar. Below 0.6 bar of pressure and above 3 bar, they tend to lock out.

Assuming there is no leak (maybe you’ve just moved into the property and are not sure), the issue can be solved by topping up the pressure using the external filling loop.

But, if pressure continues to drop, the leak needs to be found and fixed. We’ve created a guide on boiler leaks here.

Boilers are full of sensors to ensure the unit works efficiently and safely. If the pressure gauge is faulty, it could be sending incorrect signals to the boiler’s PCB (circuit board).

For example, it could be signalling the system pressure is too low to safely operate, even though it isn’t. Likewise, it could warn the PCB of high water pressure, leading the latter to lock out the boiler.

Using a multi-meter, a boiler engineer will be able to test the pressure sensor, as well as the connections that are coming to and from it.

If the pressure sensor itself is faulty, a heating engineer shouldn’t charge you much to replace it.

When both the domestic hot water and heating don’t work on CSI and RSF Ravenheat boilers, it’s usually due to a circulation fault.

Check your boiler’s display panel. The code for a circulation fault on most models is F83. However, consult your owner’s manual for your boiler to determine exactly what the fault code means.

Typically, a circulation fault on a Ravenheat boiler will be due to a faulty pump.

The two main reasons a pump could be working incorrectly are:

A pump’s shaft needs to be horizontal, with the bleed screw at the side. If it’s fitted incorrectly and the shaft isn’t exactly horizontal, excess wear can develop on the bearings around the shaft.

That, along with the build up of sludge in the system, can cause the pump to seize.

If the pump’s shaft is simply full of dirt, it can be freed by cleaning out the pump.

However, it’s likely caused damaged to the bearings. If it’s an old pump, a replacement is a much better option.

Old pumps are likely to fail time and time again, and it’s more cost efficient to replace the whole unit.

#3 – Radiators Not Heating Up Fully

Ravenheat boiler problems aren’t limited to those that require expensive parts being replaced.

If you are whacking heating up to full temperature but your radiators heat up only half way, the small heating sensor that monitors temperature could be the issue. If this is the case, it’s likely a heating sensors fault and you’re seeing the F85 fault code on the boiler display panel.

These sensors are called NTC thermistors.

Faults with NTC thermistors on your Ravenheat could include:

The last of the above is common.

Limescale in your central heating system will stick to parts like these heat sensors. These small particles become hotter than other parts of the heating system (which is why you get boiler kettling when limescale builds up in the heat exchanger).

Naturally, the central heating sensor believes the water flow is hotter than it actually is, so it shuts the boiler down before your radiators get to the right temperature.

Have a Gas Safe boiler engineer check the connections to and from the NTC thermistors.

Replacement NTC thermistors are fairly-cheap. By replacing them, you’ve got a part that’s going to last for years to come, but it’s also going to be 100% free of limescale.

If your RSF or CSI won’t fire up, there are two culprits:

If it’s the fan that has failed, you’ll notice a 017 fault code on the display panel.

For an ignition sequence fault, you’ll see an 01 error code.

The fan on your boiler will start before the boiler ignites. Fans don’t cool down the boiler, but instead create a draught to take harmful gases out of your property via the flue.

In order for the boiler to start up, the air pressure switch must recognise the fan is turning. In this case, it’s not.

Not all boiler fan problems end up with a replacement fan. A boiler engineer will be able to check to see if wiring to and from the fan is degraded. If it is, sometimes it can be repaired.

And, on many occasions it’s the motor that has burnt out or seized.

For particularly old boilers, it’s rarely worth replacing the fan.

They can cost upwards of £300, and that’s a lot of cash to invest in a boiler that’s proving to be unreliable. A replacement boiler should be considered – you can get prices on screen here.

If the fault code shown is 01, the problem with your Ravenheat becomes a little more complex.

This could be related to any parts involved with the ignition including the:

The fix is likely simple; a replacement part.

What isn’t simple, is the fault finding mission to find that broken part.

This needs to be done by a professional with electrical testing equipment.

And like all other repairs. Once the bill heads towards £500 and beyond. It might be worth considering a replacement boiler with long warranty. Like a Worcester that comes complete with a long warranty from Heatable.

If you’re getting a red flashing light on your display panel, the problem with your boiler is likely electrical.

Typically, this is reverse polarity and is common after electrical work has been carried out.

If you’ve not had work carried out recently, the following parts could have dodgy wiring or need replacing:

The first point of call is to test each component. Is the problem with the individual part, or wiring?

Flame sensors are cheap, and worth replacing (even in older boilers).

But, gas valves and PCBs can cost £300-500+ to replace. It’s not advisable to spend this kind of cash on an old boiler that is failing, and a replacement boiler is likely a better option. You’ll be able to get on-screen prices for a new boiler using this clickable form, in less than 2 minutes.

Have the gas engineer check all parts on the boiler to give a diagnosis of the most cost-efficient option.

Still Having Problems With Your Ravenheat Boiler?

If you’re still having trouble with your Ravenheat boiler, and the issue keeps recurring despite repairs by a Gas Safe engineer, it may be time to stop digging through boiler manuals and make further repairs. A replacement boiler may be the better way to go, especially if your old Ravenheat boiler is out of warranty.

Heatable are a good place to start looking, since you can get a fixed-price online quote on your computer screen now. Then you can have a benchmark price when, and if, you speak with local boiler engineers.  What’s more, Heatable typically offer attractive deals on boiler installations, along with long, 10-year warranties.

You can get your replacement boiler quote from Heatable here. 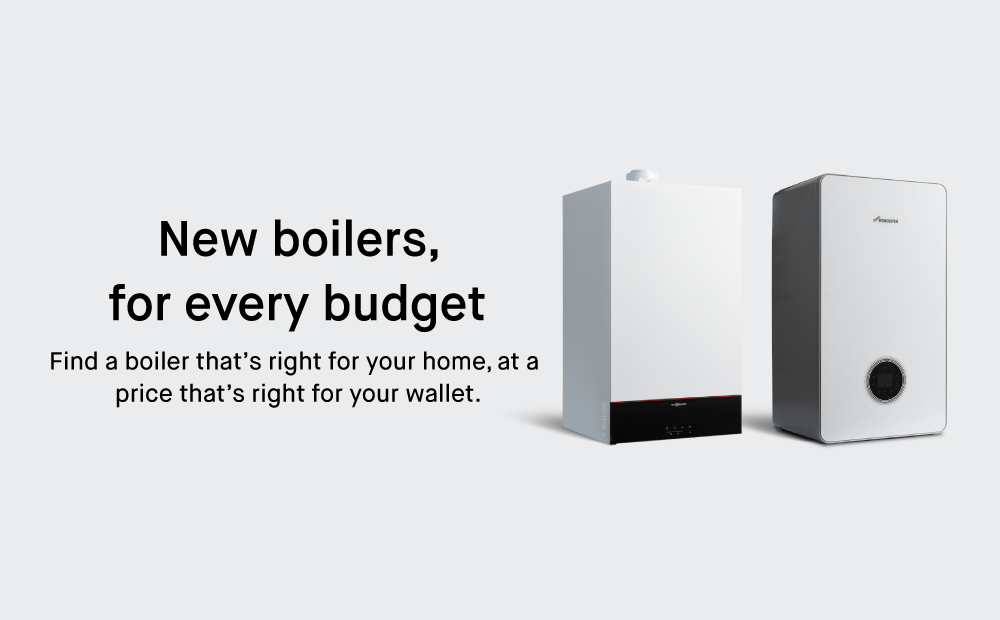 Thanks for reading our 3-minute guide to the most common Ravenheat boiler problems.

Still have questions? Leave us a comment below and we’ll get back to you as soon as we can.