This guide to boiler fan faults will explain how boiler fans work, and how to fix them when they malfunction.

In our research, we’ve identified the top 8 most common boiler fan faults and their repair and replacement costs. Read on to learn more! 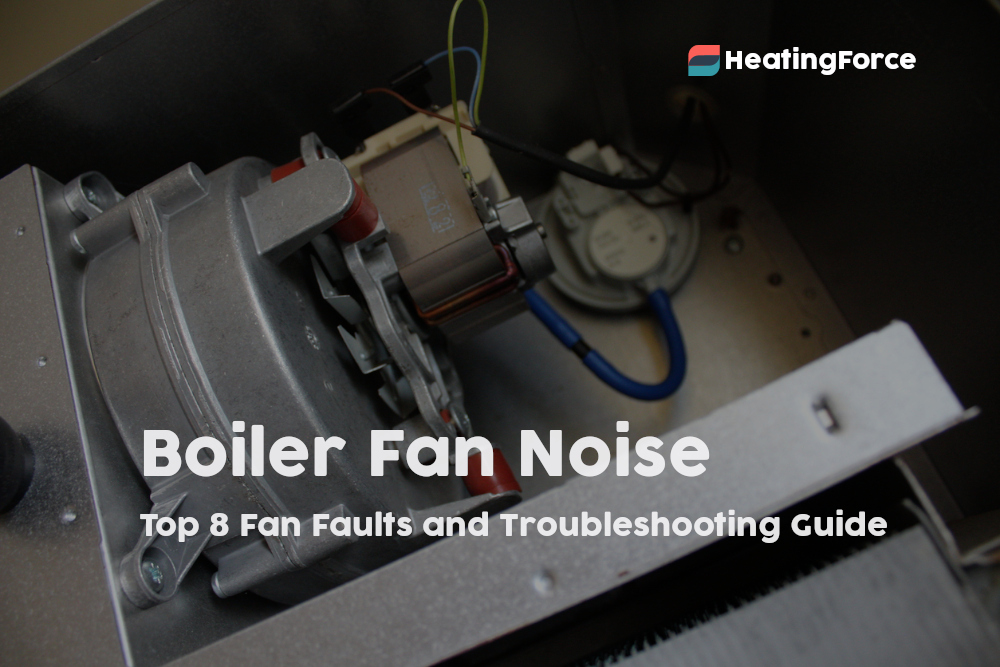 Constantly having problems with your old and tired boiler?
Get a fixed price for a new one on your screen here.

How a Boiler Fan Works

Firstly, a boiler fan doesn’t cool the components inside a boiler — it’s there to drive flue gases out of your home.

As fuel (gas, LPG, oil) burns in the combustion chamber, the process releases harmful gases. This is why each boiler requires a flue — a large white pipe that’s fitted to the boiler. You’ll either have a vertical flue (going through a roof) or a horizontal flue (going through a wall), and it’s this flue that takes harmful gases away from your property.

However, the flue can’t take expel gases on its own — it simply offers an escape route.

That’s where your boiler fan comes in. It creates a small draught that propels flue gases up and out of the flue.

Since it’s a critical safety feature, a boiler fan will always start up before any other boiler component.

The Printed Circuit Board (PCB) needs to recognise that the fan is running before it fires up the boiler. If it doesn’t know the fan is running, it will lock out and display a fault code related to an air fault, or fan problem. Examples might be the Vaillant F32, Baxi 160 and Worcester C6 & C6.

If you’re seeing any of the error messages above on your boiler, chances are there’s a fan problem of some sort.

If you hear your boiler making noises that resemble humming, the sound may be produced by the boiler fan’s faulty bearings. This is especially likely if you’re also getting one of the boiler fan faults listed above.

That said, there’s an array of other faults that may be responsible for a noisy boiler, so it’s always best to get a qualified professional to investigate the problem.

There are 2 types of boiler fan faults to look out for:

A lot of homeowners have problems with their pilot light going out or the boiler locking out shortly after ignition.

We’ve been asked if wind can create a big enough draft to blow out the pilot light and cause this fault.

That’s usually not the case, unless the fan speed is too low.

Fingers crossed, this is a fan speed issue, not a faulty boiler fan. If this is the case, a Gas Safe engineer will be able to adjust the fan speed and reset the boiler.

Any noise stems from vibration. And this vibration (over years) can cause the connections and wiring to come loose.

As we’ve mentioned, the PCB needs a signal showing the fan is working before allowing the boiler to fire up or continue operating.

If loose wiring or connections block this signal from getting through to the PCB, the boiler will lock out.

Get a Gas Safe engineer to inspect the fan for loose wiring and connections. They’ll need to be secured.

In fact, while the boiler casing is off, it’s worth asking the heating engineer to check all other connections. Fans are quite robust, so if your boiler fan is already worn out, it’s likely that other components suffer from similar wear-and-tear.

Like loose connections, damaged wiring and connections cause signal issues.

Typically, we find that damage comes from boiler system leaks rather than old age. And unfortunately, boilers (and the central heating system in general) have plenty of parts that are prone to leaking.

It could be something as simple as a loose connection, blown pump seal, or in a more serious scenario – a cracked heat exchanger.

First, a Gas Safe heating engineer needs to find and fix the leak.

Then, they’ll need to check whether the damage is limited to the fan.

If it is, replacing damaged wiring and connections will fix the problem and clear the boiler fault code, ready for a reset.

If your boiler is 5+ years old, there’s a small chance the boiler fan has failed completely.

Most manufacturers (Wilo, Grundfos, etc) will offer a service and repair kit for their fans.

For old boilers that are out of warranty, a better option might be to get a price for a new boiler. You can get prices using this anonymous form from Heatable in less than 90 seconds (prices are displayed on screen).

Air faults can often be confused with fan faults, and vice-versa.

So, before writing the fan off it’s worth considering the following problems.

A blockage in the flue means harmful gases can’t escape. 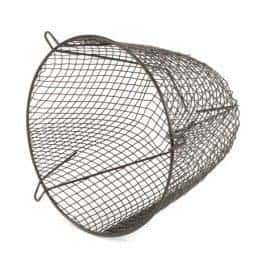 The boiler notices an increase in air pressure (as the fan continuously pushes harmful gases up the flue, and they don’t escape), and will shut down.

This is rare. But, if this is the case, the cause could be:

If the flue is blocked because it lacks a flue guard, your engineer will inspect it, remove any debris, and fit a flue guard to prevent future blockages.

However, if the flue has broken a part and blocked itself, you’ll need to replace it altogether.

Unfortunately, they are prone to freezing in winter. This causes a blockage and air pressure fluctuation, just as you’d get with a blocked flue.

The condensate pipe needs to be thawed out, as it’s likely the vapours have frozen.

Once you’ve thawed out the pipe, you must insulate it using lagging. If you’re in a particularly cold part of the UK, ArmourFlex lagging will provide a bit more protection than traditional lagging.

We’ve mentioned before that the boiler needs to know the fan is running and that there’s no blockage before it fires up.

It’s the air pressure switch that monitors air pressure in the boiler and determines if it’s safe for the boiler to start and continue operating. When this air switch malfunctions, your boiler may not get the all-clear to start working.

If all other options have been exhausted, the PCB could be to blame.

This gives and receives signals to parts in the boiler, including the fan.

The PCB can be tested using a multi-meter. Hopefully, it’s a simple case of loose connections.

However, if the PCB is faulty, you’ll have to replace it. A new PCB can cost more than £500, so at this point we’d usually advise investing in a brand new boiler with a long warranty.

As a guideline, expect to pay in the region of £225-275 including parts and installation.

And, if you’re fed up with your old boiler, we recommend Heatable. Tech keeps prices down, whilst speeding things up. That means you’ll find amazing deals on the top combi boiler models from Worcester Bosch, Viessmann, Ideal, and other reputable brands. You can fill out Heatable’s quick, anonymous questionnaire to get your range of fixed-pre boiler quotes.

Due to the price of labour, boiler fan motor repair costs are similar to replacement costs.

For that reason, unless the fix is an incredibly quick and simple one, we’d be looking for a replacement fan that’s going to last, rather than a repair.

Thanks for reading our 3-minute guide to boiler fans.

Have other problems with your boiler? Check out our boiler fault finding guide.

Are you experiencing other boiler fan problems? Please leave us a comment below and we’ll do our best to get back to you.