Common Ideal Boiler Faults [And How To Fix Them]

Ideal Boilers have become extremely well known in the UK for creating top quality boilers. However, they weren’t always like this. The older range (going back 10-15 years ago,) were quite unreliable, so we are called out to a range of common Ideal Boiler faults on a regularly basis.

We’ll cover some of the model common boiler faults, and what measures you can take to fix them.

The Best Value in Boiler Installations Is Heatable

Unfortunately, in many cases, a boiler repair specialist that is Gas Safe registered will need to be brought in to complete the job.

Sick of your boiler constantly costing you money?

One of the cheapest places to get a new boiler installed is Heatable. having great connections with most of the best boiler manufacturers, Heatable can offer some incredible deals on new boilers. Get your fixed price on-screen using their handy boiler installation quote form. 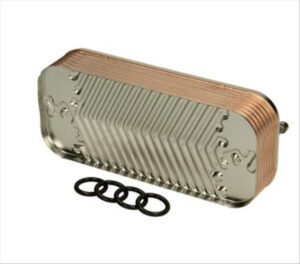 One of the common faults we are called out to with the Ideal Boilers is the boiler is completely unresponsive. By this, we mean that it doesn’t even seem to turn on.

This might seem like the boiler has completely given up but usually it’s a simple wiring issue.

The most obvious thing to do is the check the electrical issue isn’t related to the plug socket. Test this by trying another plug, or testing another appliance in that socket.

Next, a multimeter can be used to check voltages throughout the boiler’s circuit. In many cases, a simple upgrade in the wiring is enough to get the boiler working again.

If the wiring seems fine, the problem is likely to be found at the PCB. The PCB is the heart of the boiler, much like an ECU in a car. Because they are such complicated components, they are usually replaced completely.

The cost of a replacement including labour will depend on the model of the boiler. In general, £275-400 would be a reasonable expectation.

If your boiler is incredibly old (8-10 years or older) it might be worth considering a replacement. You can get prices on-screen using this clickable form from Heatable. Or, jump over to our guide covering boiler installation costs here.

Ideal Boiler Fault 2: Strange Noises and Leaks Underneath the Boiler

This is a problem that’s certainly not just limited to Ideal Boilers. If the noises sound like liquids trying to escape the most common culprit is the condensate trap.

Over time, the traps build up with debris. It’s a pretty simple problem to fix.

The condensate trap can be located underneath the boiler. They are easily removed and it’s a simple case of removing any debris from the trap, cleaning it out and then replacing it.

As we are dealing with liquids, it makes sense to turn the boiler off. And expect some leakage from the trap so putting a bowl under the boiler is certainly a good idea.

All boilers have a fail-safe built in to them. As one precautionary measure, boilers tend to lockout after 3 times of not being able to ignite. There are reset buttons but they shouldn’t be used until the fault is found and fixed, as the boiler is potentially dangerous.

A Gas Safe engineer will need to be called. If the boiler is not igniting at all, it is likely the cause is faulty ignition leads.

If the boiler is trying to ignite (so the ignition leads are working correctly), the problem is likely to be the sensors on the boiler. Boilers have a flame and ignition sensor. Over the years, they can get carbon deposits and other debris on them. Eventually, this will block them to a point where they are no longer functional.

Sometimes, cleaning the sensors will fix the problem. However, it makes much more sense to replace the sensors.

A lot of articles online suggest that a leaking boiler will relate to a broken heat exchanger. This can be the case, but is not the only potential cause. The reason I say this is because a heat exchanger including labour can cost as much as £600 (it depends on the exact model you have).

Hopefully the problem is a lot less serious. We’ve come across many boilers that are leaking and found a common cause is the central heating pump. Older pumps are nowhere near as reliable as new ones. As the boiler vibrates, they can work themselves loose or split a seal. This could be the cause of your leak.

Hopefully, the problem lies with the pump. If you’re lucky, it’s come slightly loose and water is escaping. Simply tightening the pump to where it secures itself to the boiler could be enough to stop the leak.

If this doesn’t fix the problem, it’s likely that the problem lies with the seal. A new pump will need to be installed. A new Grundfos pump installed is likely to cost around £250.

No doubt if this is a problem, it’s given you quite a scare on more than one occasion!

From our experience this is something that is common with the Response, Isar and Icos boilers. What’s happening is there is an excess amount of gas prior to ignition. When the boiler eventually fires (probably on the 2nd or 3rd attempt), there is a mini explosion.

The most likely cause of the banging and excess gas on ignition is the flame sensor. When a flame is not detected properly, the boiler will not function the way it should. Have a gas engineer check the flame sensor as well as the ignition leads.

Once that has been checked/replaced, they will need to ensure everything else in the boiler is set correctly. This means ensuring the correct amount of gas is entering the chamber (this is adjusted using the gas valve) and adjusting the fan speed.

As this relates to gas, ensure you have a Gas Engineer come and look at your boiler fault.

It can be extremely frustrating dealing with boiler faults. Just because you have a fault doesn’t automatically mean you need a replacement. A Gas Engineer will advise on the best route to take.

And, if your engineer thinks your boiler is on the blink, get your fixed price for a new one online here.

If your Ideal Boiler fault has not been covered above, please leave a comment and we’ll see what we can do.