Common Halstead Boilers Faults and How to Fix Them

Halstead boilers had their heyday 10-15 years ago. Although their popularity has declined rapidly, they were reliable. And this is why we are still called out to Halstead boiler faults today.

It’s worth mentioning that no boiler problems should be attended to without the help of a boiler repair specialist. It’s an offence to work on a gas appliance without being Gas Safe registered. And that’s for safety reasons. 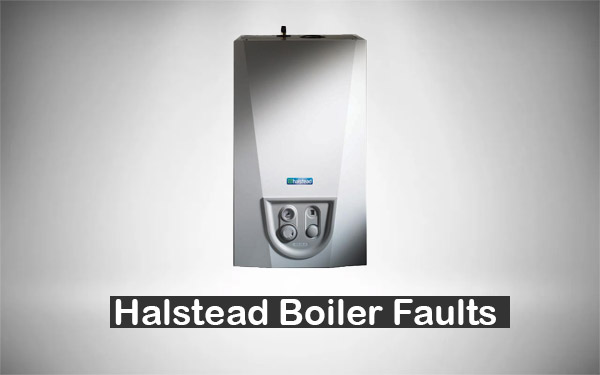 Sick of your Halstead boiler constantly breaking down? Get your fixed price online for a brand new Worcester Bosch via Heatable, one of the most competitively priced installation companies in the UK.

Halstead Boiler Fault 1: Water isn’t getting to temperature (or no hot water)

If you’ve already called out an engineer because you’re not getting hot water, or the water is not getting to temperature, it’s likely they’ll head straight for the diverter valve.

The older the boiler is, the more likely the diverter valve is to fail. And since Halstead stopped making boilers in 2012, there’s a good chance your boiler is already 5-10 years old.

The diverter valve allows your boiler to switch seamlessly between providing heat and hot water. If you have heat but no hot water, it’s likely it is jammed open on the heating side of the system.

A boiler repair specialist may inspect the diverter valve and find that it’s just the diaphragm that needs replacing. Even if this is the only part that must be changed, it makes sense to replace the whole diverter valve whilst the boiler is in bits.

Depending on the exact model and the availability of Halstead boiler parts, expect to pay around £250-300 to have this boiler fault fixed.

Keep in mind — if the diverter valve has failed, there’s a goof chance other parts are likely to follow. If you’d prefer to get prices for a new boiler, you can do that using the clickable form here (takes less than 2 minutes).

If fixing the diverter valve doesn’t resolve the issue, the engineer may also inspect the hot water flow switch for faults.

Ignition problems are common in all boiler brands, and Halstead are no exception. The type of ignition fault will depend on the cycling process the boiler goes through before it stops working completely. Here’s what happens during an ignition fault:

If this is the case, there’s a good chance the problem lies with the gas valve. By hearing the fan and ignition, that’s pretty much ruled those components out as being part of the fault. The fault lies in the fact the ignition is not getting the right levels of gas.

It’s easy to jump to conclusions. A gas engineer will need to come out and check the gas valve to ensure its operating correctly.

They can do this by using a volt meter and checking the valve is getting voltage. If it’s not, the fix is simple — replace the gas valve.

But there is a problem. A gas valve for a Halstead boiler can be as much as £250. With labour, you could be looking at nearly £350. If your boiler is particularly old, it doesn’t make sense to spend this amount of money on it.

If your fault is similar to what we described above but the boiler doesn’t try to ignite (no clicking sounds), you might be in luck. It’s likely that the fault relates to the ignition leads and these can cost as little as £100, depending on the exact model of Halstead you have, and the local availability of Halstead boiler parts.

Even when boilers have a fault, they tend to go through their usual start up cycle and either lock out, or stop at a certain point. If you find your boiler is going through the usual cycle, and the fan is operational, the fault may stem from:

It’s common that the air pressure switch is the culprit if you see the boiler ignite for a split second, and then turn off again. In fact, sometimes the hoses leading to the switch have become stuck or kinked. All the switch needs to  is for these hoses to be re-routed correctly.

Hopefully, the cause will be the air pressure switch. I say “hopefully,” because an air pressure switch typically costs around £150 fitted. Although that’s still a large expense, it’s a lot cheaper than the other possibility — a faulty PCB.

If the air pressure switch doesn’t seem to be the issue, it’s likely to either be the fan (try to listen for the fan when the boiler starts up), or the PCB.

And PCB replacement is usually quite a big job — a Halstead PCB will likely cost £275-325, including labour.

If your boiler is old and unreliable, it makes sense to invest in a new one rather than investing hundreds in repairs. You can get prices for a new boiler with Heatable’s 90-second quote form.

The way a boiler operates just prior to it developing one of these common problems can tell us a lot about what went wrong. If you’ve noticed your boiler rattling excessively, there’s a good chance the fan is to blame. Over time these fans become worn and stiff and eventually, they are prone to seizing. An engineer will check this by switching off the boiler, and then trying to turn the fan by hand.

Although the most obvious thing to do would be to replace the fan, there is a potential quick fix. If there is no internal damage to the fan, sometimes the engineer can simply use lubricant to free the fan (GT85 or WD40 for instance).

Unfortunately, though, such a fix will likely only last for a few weeks at best.

A lot of the common Halstead boiler faults we come across are not quick fixes, not to mention that Halstead boiler parts aren’t always easy to come by. Most breakdowns end up costing £150-300 to repair. For those with older Halstead boilers, it’s certainly worth considering getting a replacement. Besides, the energy efficiency of newer boilers will save you hundreds of pounds every year, according to the Energy Savings Trust.

If you have a Halstead boiler fault that we didn’t address, or would like to ask any other question, please leave a comment below and we’ll do our best to answer your question.